How To Keep Bread Fresh, According to a Professional Baker

How To Keep Bread Fresh, According to a Professional Baker 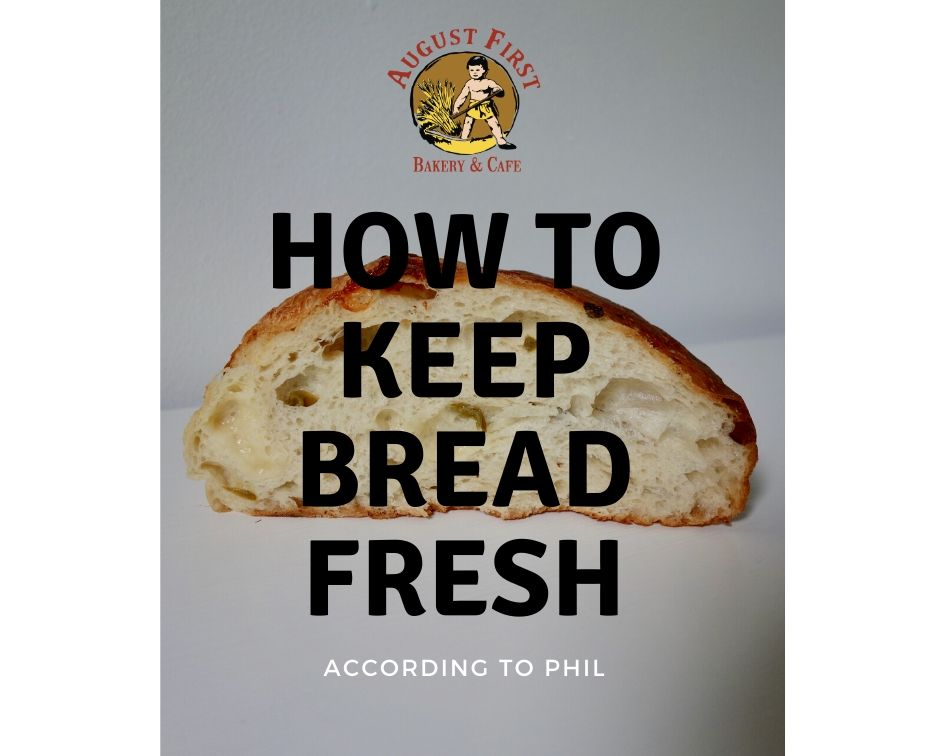 When it comes to keeping bread fresh, you don’t have to. I asked Phil for tips on how to store bread properly to optimize its use, thinking (naively, admittedly) that fresh bread is the only way anyone would want to ingest it. I expected Phil to instruct me to buy a linen bag. To tell me to keep loaves in brown bags and keep those tightly sealed. To store them in a specialty countertop box, kept safe from whatever in the kitchen air turns it tough. But, instead of all that, he spoke to the nature of wheat and the idea that fresh, just-baked bread isn’t the end-all be-all.

The other day Phil was at a friend’s house. “Don’t eat that,” his friend warned him about the 4-day old sourdough sitting on the counter. “It’s old.” Despite the caution, he grabbed a slice and threw it in a bowl of soup. “It was perfect,” he recalled.

“Bread is a way of eating wheat,” he explains. “It’s what we ended up with after 10,000 years.” It’s simply an efficient way to make a digestible product out of grass seed.

If you’re looking for the best way to take care of your bread, give yourself – and your loaf – a break. Don’t worry if it turns brick-like, if it takes a bit more muscle power to get your serrated knife through. You can still eat it. You should still eat it. Keeping bread “fresh” isn’t so much about storage techniques as it is about learning how to use it in all its forms. 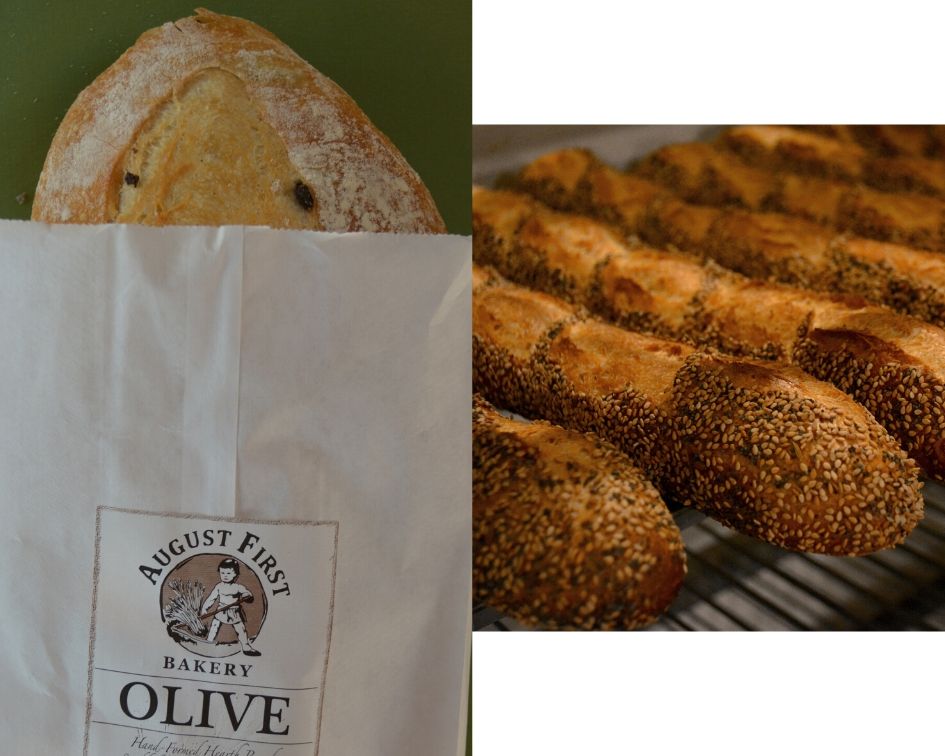 Phil illuminates the life cycle of a bread loaf. It’s at first “moist and soft” and then, when it hardens, it becomes a different product. The bread doesn’t initially lose its moisture when it starts to harden. In fact, it’s a “crystallization of starch.” This is not at all, I repeat, not at all, a bad sign. Your bread isn’t destined for the compost once this happens. Instead, a world of culinary opportunities await.

Hot soups, for example, warmly welcome hardening slices of bread. A broth bath softens the bread and turns it into a flavorful sponge. Additionally, cut hard bread slices into cubes and saute them with vegetables instead of rice. Toss them into chili. Just … don’t call them stale. That’s “a crazy concept,” Phil says through a smile. Stale incorrectly connotes bad, and it’s not bad, it’s just becoming a different product.

Bread isn’t only destined for sandwiches, and soft isn’t its only form. It might not even be bread’s best form! Phil encourages us to re-think how we think about bread. This means moving beyond its popular, modern use as soft sandwich bookends.

Go ahead, you have Phil’s permission, purposely leave bread out for a few days to experience it in a new light. French toast and bread pudding is arguably best when it utilizes day old bread. You could make croutons, tossed in garlic and salt. And croutons, Phil suggests, do not have to be dainty accoutrements scattered sheepishly atop greens. They can be “50% of your salad.” The Tuscan dish panzanella is a wheat based salad that features dried bread pieces that have soaked in oil and been tossed with vegetables. 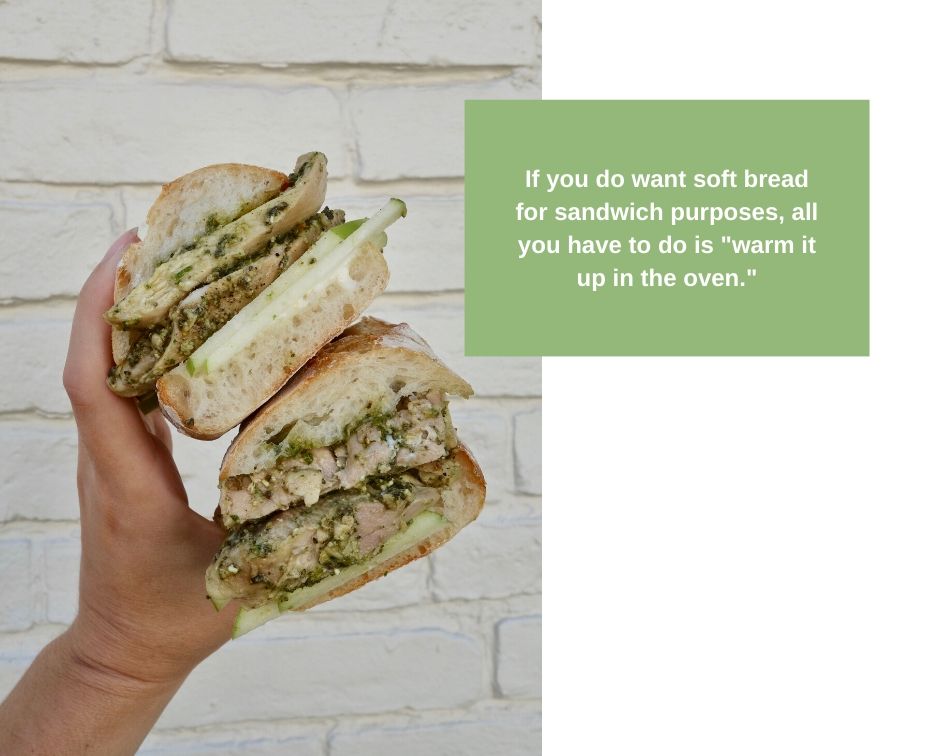 After a colorful conversation of plentiful recipe possibilities for fresh and old bread, Phil shrugs. He still does not instruct me to buy anything special for the purpose of keeping bread softer longer. Instead, he suggests, that if after a few days, you do want a soft slice of bread for sandwich purposes (who can blame you), all you have to do is “warm it up in the oven.”

And that’s that. No linen bags, no bread boxes. To keep bread you just need to learn how to use bread. 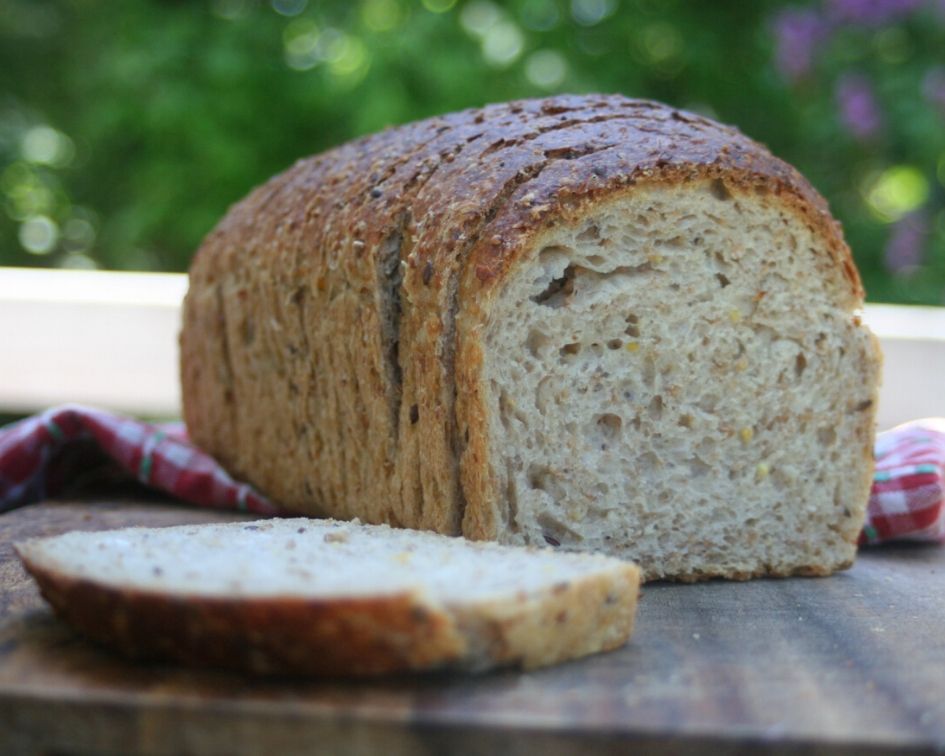 Timely announcements, events, and specials straight to your inbox. We don’t spam or share your information, ever.